Bless Her Little Heart; and Shoulder 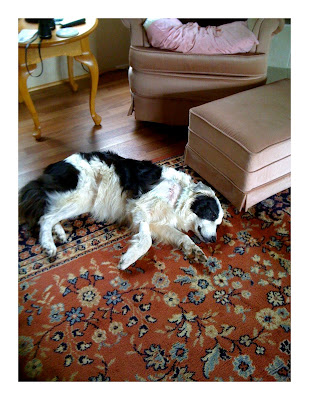 Poor little Skylar had surgery today. She had a cyst removed from her shoulder. It has been there for several years, but it has grown lately. So, I had it removed. 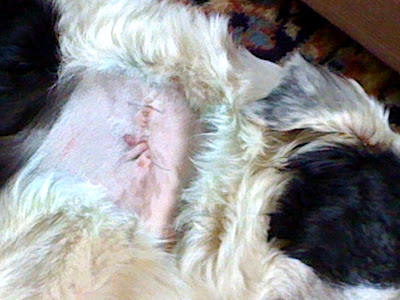 She had about a inch and a half incision. Needless to say, we are not feeling really perky. Plus she is a little drugged up. 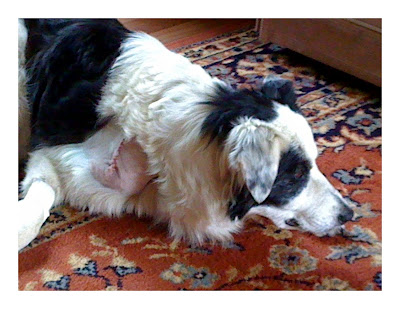 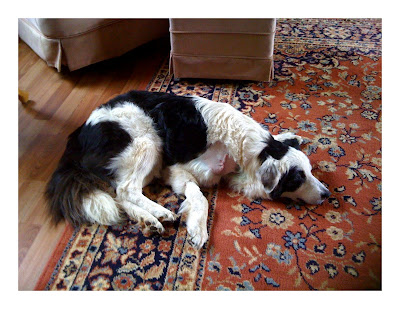 I'm sure it's not anything. Chili is just mouthy.
Skylar also had her teeth cleaned while she was out. Get it all done at once.

Two Mamas and a Baby 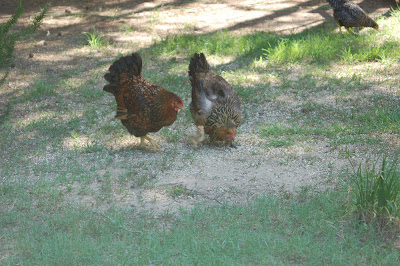 I don't know if you can see it, but the Biddie is between the two hens. Isn't that cute. Hopefully, these two can take care of this one Biddie. 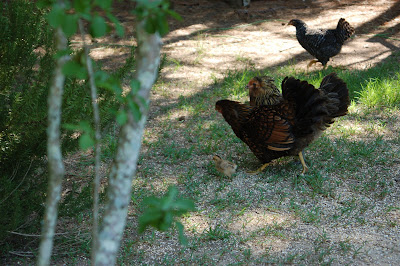 The Wyandotte, the hen on this side was setting in the shed for two weeks before the Americana decided she want to set in that same spot. 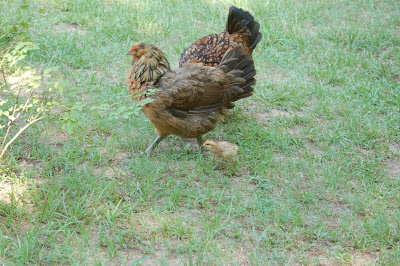 They did that for several day and I moved the Wyandotte over and gave her two eggs and the Americana two eggs.
One of the Americana's eggs hatched Sunday, so I gave the other egg to the Wyandotte. The Americana just came back and they both kept setting on the same eggs. 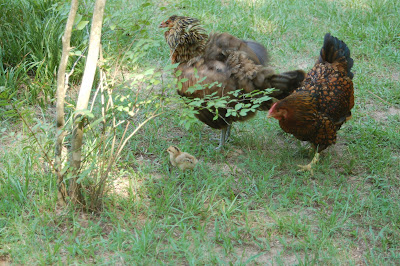 No more hatched out. So this morning the two hens got off the eggs and share the baby. 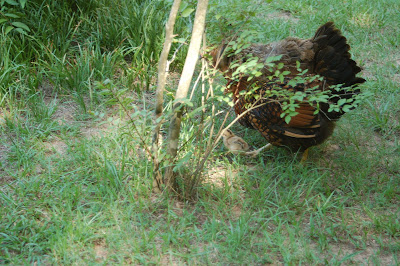 The little baby seems like it is fine with this arrangement. Who would have thought. 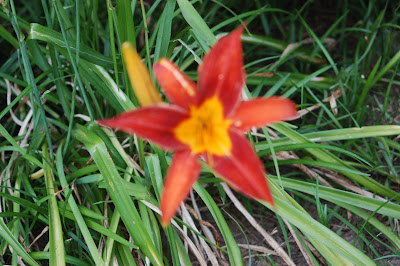 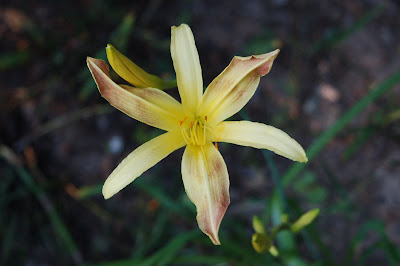 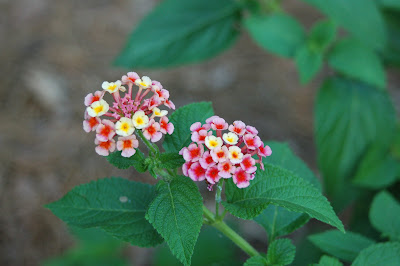 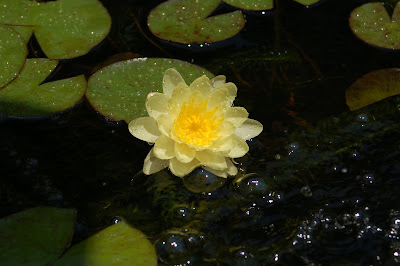 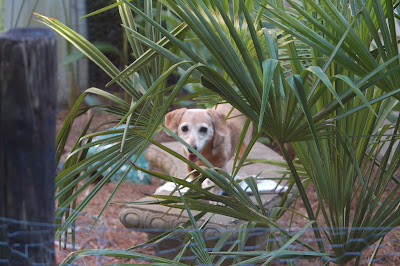 This is first because I went back in the house to get my camera and when I came back this is what I see. She was hunting for frogs when I left; for just a second or two.

I had to get new fish because I lost my Koi. A couple of weeks ago my pump for the frog spitter needed cleaning so I just unplugged it and said that would be a "tomorrow" job. Well the next morning I looked in the pond I saw the gold fish up at the surface and he just stayed there. Wondering what was going on, then I saw my Koi floating. The pump that filters through the plants had gone out. Only the gold fish made it. 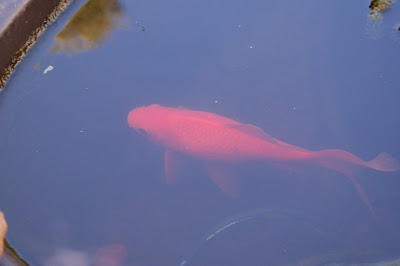 He is a stout thing. When all my other fish died last year, he was the only one that made it. He survived again. 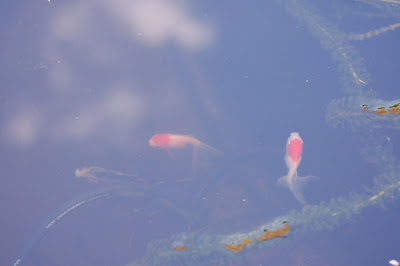 So I go shopping again. I got two little bitty Orandas. They are the little white ones with the red dot on their back. The one on the right is the male that I named Zhen Bo (which means shock wave) and the one on the left is my little female Ming Su. Don't ask how I know which is male and which is female; this is the way I assigned them. The fish below Ming Su is a Shubunkin that I haven't named. 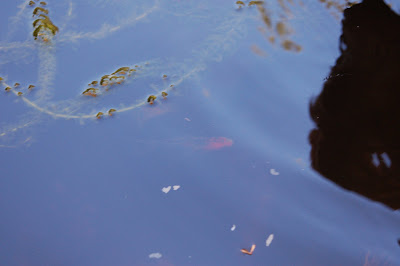 This is another shubunkin. I have four shurbunkins and one calico fantail and two orandas and of course my great big gold fish. Although, I could only finld three of the shubunkings tonight. 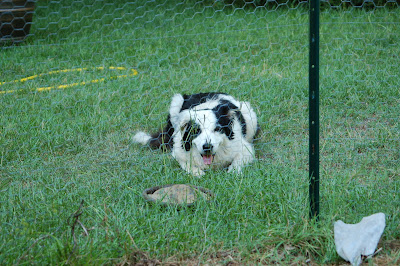 Outside the fenced in area of my pond, Skylar waiting on me to come throw the Frisbee. 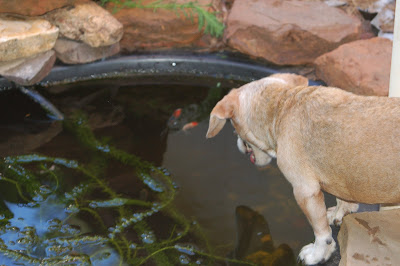 Chili has picked up Oscars habit of thinking they are going to catch the fish. Although, Oscar liked the big ones and Chili is just now noticing the little ones. She is probably thinking these are small and I can catch them. 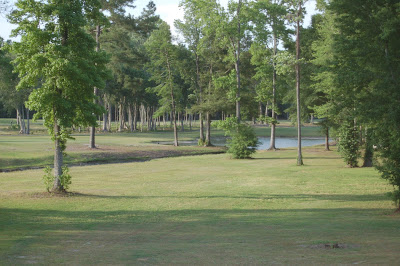 I know! I've been gone awhile. First I was having trouble with my computer and then I went on vacation and then I came back and yada yada yada. Time just slips away from me alot. My friend, Norma, and I went to Myrtle Beach for a week. This is a picture from our condo. We were right on a golf course. I just wish I played golf. 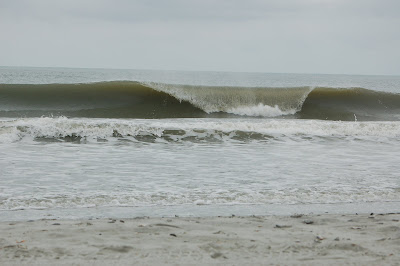 We did make it to the beach several times. The water is really, really cold and even for May, there were a lot of people.
Just got a couple of pictures of the beach. 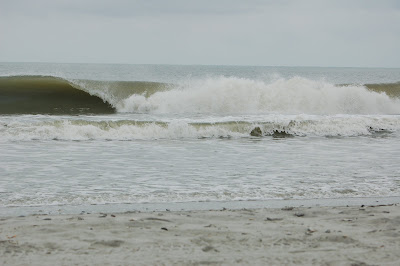 It had rained the day before and the water was pretty stirred up. 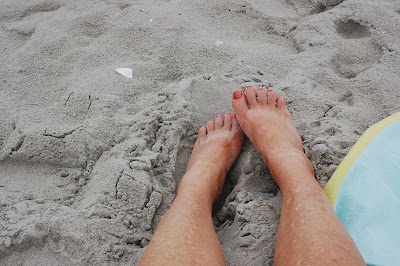 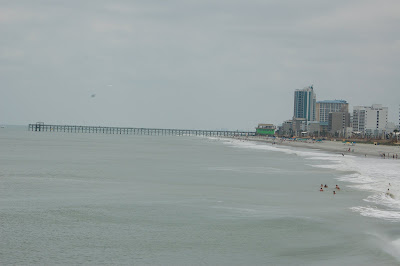 We had a nice time; something new because this was the first time for Myrtle Beach. I do like Florida beaches better. The beaches are prettier and not as far away.
Posted by Becky's Barnyard at 5:40 PM 6 comments: 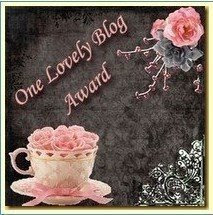